We are delighted to announced 139 semi-finalists for the 2019 Doug Moran National Portrait Prize (DMNPP).  Portraits of Australians from all walks of life are featured amongst the semi-finalists including one of former Prime Minister Bob Hawke. 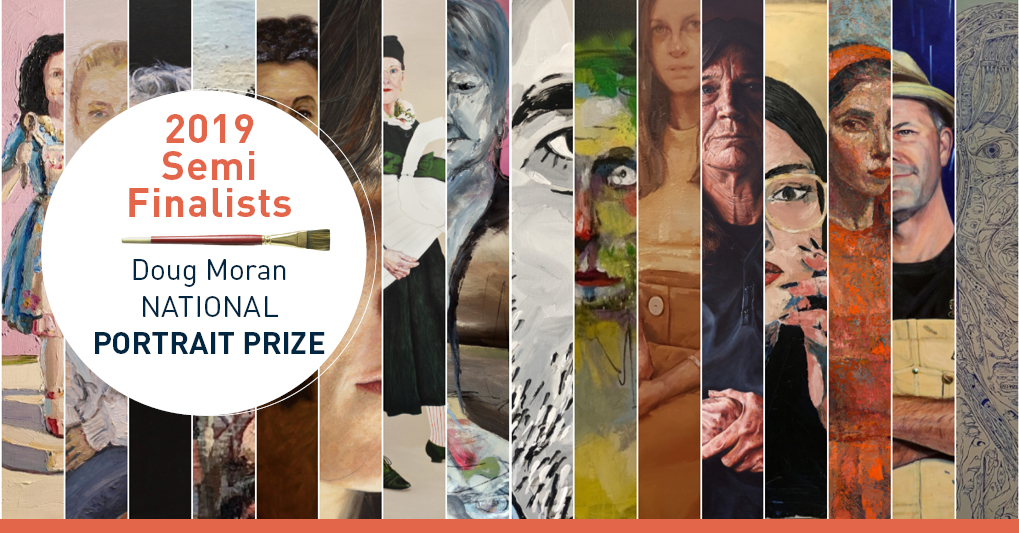 The judges of the 2019 Doug Moran National Portrait Prize are artist and 2013 DMNPP winner Nigel Milsom, Director of the Ian Potter Museum of Art at the University of Melbourne, Kelly Gellatly, and Peter Moran, Managing Director of the Moran Health Care Group.  Peter’s parents Greta and Doug Moran established the Moran Arts Foundation in 1988.

Judge Nigel Misom: “If portraiture is one of the means used to communicate our individuality, connection to each other, and the world around us, look no further than the 2019 Doug Moran National Portrait Prize Semi-Finalists. The variety and scope of the selected portraits are vast, yet they all seem to share a commonality, that is, the painter and subject have united to share in the ‘magic’ of creativity.”

Judge Kelly Gellatly: “While the sheer volume of entries to this year’s Doug Moran Portrait Prize was initially overwhelming, it was a privilege to experience such a breadth of contemporary portraiture and to be able to get a glimpse into how some of Australia’s most talented artists are currently exploring, and pushing, the genre.  For the judges, the shortlisted artists collectively demonstrate the way in which portraiture can and should be much more than the sheer skill of capturing of a likeness. The power of portraiture instead manifests from the almost intangible coming together of artist and subject; a tension or ‘rub’ that encourages the viewer to remain with a work and to return to it time and again, well beyond the initial moment of recognising the subject.”

The Moran Arts Foundation invites entries of original works from Australian artists, capturing Australians from all walks of life, whether a public figure or someone from their own circle of experience. Works must be painted at least partly from life with the sitter known to the artist and aware of the artist’s intention to enter the Prize.

The finalists of the DMNPP will be announced on 16 October and the winner will be revealed on 30 October.  Exhibition details – read more.

Click here to view a gallery of the semi-finalist artworks

Click here to view a gallery of the semi-finalist artworks